A logo, and a decent render to show it off in.

Maybe you didn't notice the new logo, up top?

I spent a few hours hashing out some ideas, sketching things up, and kind of landed on this one. I left the original files alone so I can change colors when I need to. The font seems kind of fitting, and I quite like the signature in the corner.

After the break I've got a new video I just rendered, some tips on things I ran into, and a personal critique of this job. I've already uploaded a frame from the video as the background.

Again, I'm really happy with this one. I spent nearly all day yesterday setting up the scene, ran the physics and rendered it out, all last night.

Camera Focus
I am actually torn about the focus, I didn't want too deep of a depth of field, but I wanted to keep my new logo in focus, along with my signature. I was thinking of having a camera motion effect, but I didn't want to spend too much time with that. So I left it as it is, and it seems just a perfect close up on the poker chips.

Materials
There are really only two image textures used as materials from www.cgtextures.com

Leather0041; Yes, I used a leather texture on the bumper of the table in the background, even though you can't see it.
FabricPlain0031; This is the red fabric on the table top, I wanted a felt, but this was close enough. As all the felts on cgtextures were grungy and destroyed, not something I wanted to use.
I used the blender icon (png) from the application folder of blender, on the chips, a cute homage to blender. Finally, my custom logo design imprinted on the table felt.

Logo
This took a while to figure out, mainly because I was looking for a node in particular to do this properly. Where, I found with a mix shader node, you can use the alpha channel as the factor, and mix with the image as diffuse and a transparent to remove what you don't want.

The logo is actually just a plane sitting above the table top. Which is why it does look kind of like a sticker or silk screened on the table. Once I got that set, I was really excited to render it out. 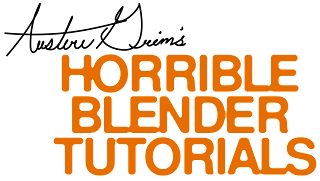 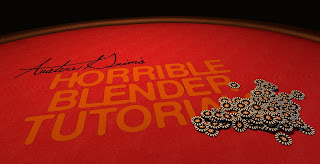 Lights
I have three emitters in this scene, two right above, which are an orange, warm color. A bluish that is sitting next to the camera, very dim. I felt it added just enough to light the chips a bit whiter than the orange, and set off a nice tone. 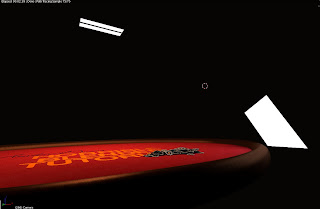 Things I was way too frustrated with:

The Bumper
It wasn't just the bumper, it was the array modifier, and curve modifier. It's a hassle to get exact. Then the center of the object gets thrown off, and you can't scale till you reset it. Then applying the material texture. I actually did the bumper twice just because it was that big of a hassle.

Physics
I found what I liked with the physics in my last post, and I hoped this would still be good in this video. Where after watching the video, the chips seemed a bit too heavy for what I really wanted. Although, I was okay with it the way it ended up.

Chips
I want to redo the chips so badly, I don't like the tight zebra stripes on them. I'm thinking or making a set just to post, something that anyone can use. Nothing too extreme, just basic designs, and colors. Also thinking of doing some "high roller" rectangular chips. (I'll think about this.)

In the end, again, I'm really satisfied with it. Nice little scene, good looking graphics. Great way to show off my logo. I really like that I did learn something with this render, and something I can share, and maybe give you an idea of something to create yourself.

Update: Okay, I tried to play with the physics settings to get it to react better, more realistic. They do, but everything rocks a bit as it's coming to a rest. Here's my second render of the scene.


Still working on the next tutorial... maybe I'll have something else about it next week.
-Austere Grim
Posted by Unknown at 8:00 AM